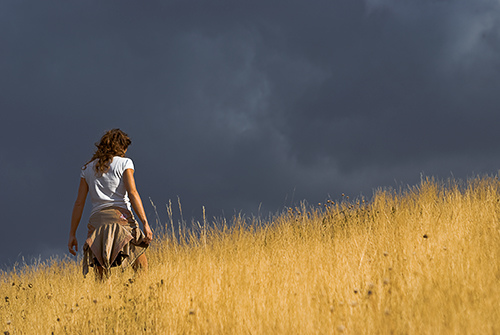 “You do not wake up one morning a bad person. It happens by a thousand tiny surrenders of self-respect to self-interest.” – American writer, Robert Brault

In 2010, I was fortunate to hear a newly elected congressman speak candidly about his first year in Washington. He stated that to his dismay, lawmakers tend to promote laws they know will easily pass. I thought how sad that instead of doing what’s right, they choose to do what’s easy. Yet shortly after speaking with the congressman, it dawned on me that our leaders aren’t the only ones: it’s an epidemic and one man in particular continues to thrive on it…

I fell prey to an internet scam! It wasn’t the loss of funds that bothers me; it wasn’t much at all, which was part of the problem. At the time, the financial threshold for internet fraud was so high that criminals weren’t being prosecuted. But my real issue is the way our society reacts to it. A few hundred dollars goes unnoticed, but when you multiply that by a million people, well … meet Jesse Willms. He’s the owner of numerous companies promoting beauty products, such as teeth whitening, through internet sites. Although he had been under numerous investigations for deceptive business practices, he continued to profit. He easily seeped into our lives by advertising on countless websites including major network sites such as ABC, CBS, CNN MSNBC, USA Today, Fox News, etc. Once he advertised on a website, he then stated “as seen on Fox News” skillfully implying a recommendation from that network. It might appear as a harmless advertising gimmick if you fail to see the impact it can have on reputable companies.

In 2007 Microsoft sued Jesse Willms for software piracy and settled. Jesse paid Microsoft over 1 million dollars. In 2010 one of Jesse’s companies was advertising on MSNCBC, which is co-owned by Microsoft. DazzleSmile, another teeth whitening company, has a pending lawsuit against Jesse Willms for trademark theft. They also named Microsoft in the lawsuit for vicarious infringement, meaning that Microsoft has knowingly profited from Jesse even if indirectly. Talk about the circle of life. Microsoft sues Jesse, Microsoft profits from Jesse; Jesse causes Microsoft to be sued. If you sued an employee for stealing, would you then partner with them? Is it possible to place a price on morality? Apparently our society does it regularly.

I spent an entire week of my life researching and reaching out to several government agencies.  I wrote to several TV shows called the attorney representing Dazzlewhite, and several major news stations.  I received little interest to no response.   Does doing the right thing really take that much effort? Does money dictate all of our decisions? What’s most disturbing to me is that I couldn’t convince anyone to do what’s morally right; they appeared to need an incentive! My frustration and sadness has less to do with internet fraud and more to do with how well Jesse Willms gets this, while our society remains numb to it. Jesse profits from the fact that we are all too overwhelmed and that it’s easier and cheaper to avoid doing what’s right. You see, it’s not his lack of morality that concerns me, it is ours.

Recently I googled Jesse and found that the FTC finally caught up with him.  By 2009 Jesse had already scammed consumers over $100 million dollars.  He is now worth half a billion and has agreed to a settlement whichfines him $359 Million in cash, and changes the laws of his marketing deceptive practices.  Yet he isn’t out of commission.  For more about the “Dark Lord” as they call him…