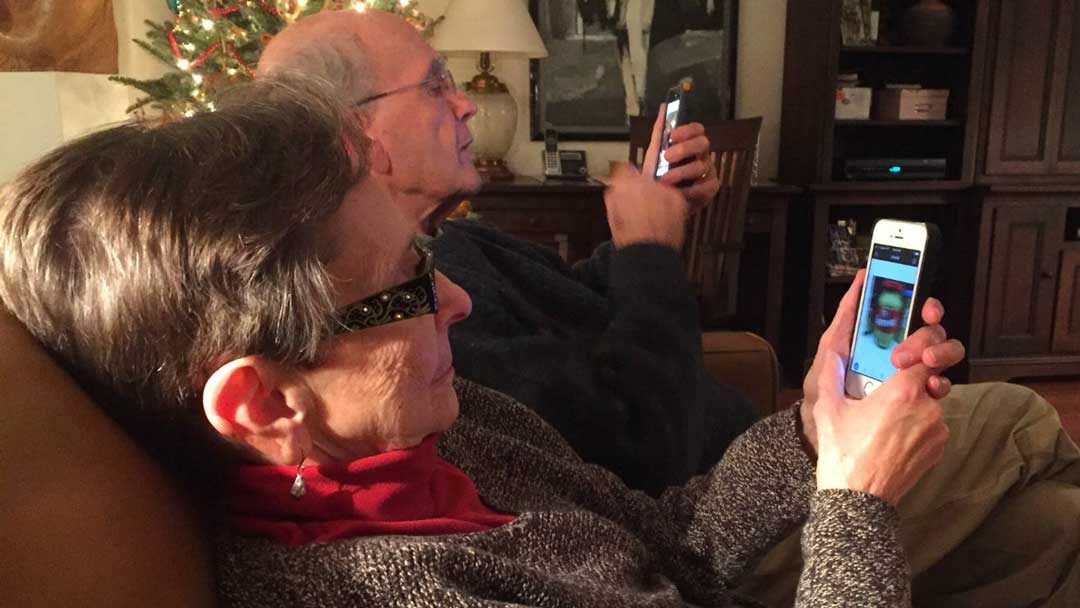 I still recall that evening clearly, which is difficult to do as I get older. It was early 1980’s, could have been 1984, 1985, that’s not so clear. I was at my girlfriend’s house and we were in our early 20’s. Her parents were from Ireland and having no family in the states they always hosted an open house on Christmas Eve that lasted in to the late hours. Friends would drop in and share laughs, stories and good beer. Larry and Cathy had moved to California after graduating college and began working for NASA. They dropped by and I’ll never forget the rapid speed and tone of Larry’s voice and how his words were palpable. The “world wide web”, “the internet”! It was going to change the world!! I could see that no matter how much he tried to describe it to us, we couldn’t really grasp this concept back then. It wasn’t until decades later that I appreciated the weight of that conversation and his vision. Yet who could have predicted the impact it would have on us as a race. In many ways, we are more efficient and innovative, in other ways, lost.

David Lipsky, a writer for Rolling Stone magazine back in 1996 interviewed professor and writer David Foster Wallace who wrote the infamous novel Infinite Jest. David predicted that as technology continued to advance, “the easier and more convenient and pleasurable it would be to sit alone with images on a screen given to us by people who don’t love us but want our money, which is fine if it’s in low doses but if it’s the main staple of your diet…” Although he had fought battles with depression, he ultimately committed suicide in 2008. He was trying to convey the sadness around pleasure, achievement and entertainment and our expectations about it. He was also worried about addictions to technology and the isolation it would bring to humanity.

In January 2018 it was announced that UK appointed a Minister for Loneliness due to the epidemic. In the US loneliness has doubled from a few decades ago, now it affects 47% of adults. The suicide rate in the US increased 24% between 1999 and 2014. We can’t pretend technology has had no negative impact on us.

Triston Harris, a past Google design ethicist, speaks on the subject. He was hired to ethically manipulate billions of people’s minds. In other words, using ads like you see on FB that log your personal information and then shoots out ads that suck you in more and more. He says we are in an attention economy. They are all fighting for our attention because of course it translates into money. Tristin’s new movement “Time Well Spent” is trying to change this. “Tech companies have downgraded humanity by promoting shortened attention spans, outrage-fueled dialogue, smartphone addiction, vanity and a polarized electorate. Soon after his new movement companies like Apple, Google, and Facebook had added features designed to help users measure their time using their products. So have we lost all control and we need technology to help us with the very addictions they helped create? Have we all entered the Matrix?

Awareness can come with technology. Fitbits are great. But you can also monitor your own time and relationships without more technology. And don’t think I don’t get the hypocrisy here. If you are reading this, I used technology to grab your attention. I hope to help you think deeply about your time and purpose because it’s short. So ask yourself…

Pleasure is positive emotions such as gratitude and forgiveness, emotions like savoring and mindfulness of our present and future. Some shortcuts to pleasure are drugs, eating ice cream and binge watching a show.

Engagement is anything that fully engages and absorbs us such as a great conversation, playing guitar, learning to ski.

Meaning is belonging to and in the service of something larger than ourselves, relationships, family, community, spiritual power.

Pleasure is great, but we need a well-balanced diet of all three. If technology has become the main staple of your diet, then you’re using it on a superficial level and as a distraction. That’s no different than any other addiction, it’s just your drug of choice. And although businesses will continue to treat us only as consumers it’s our job to stop acting like one.

WE are the reason we feel lonely! WE are the only ones that can change that.

I watched a comedian yesterday joking about getting older and he said “if you’re in your 50’s, realize you only have about 20 summers left.”

Let that sink in and then make sure it’s time well spent!

Who drives your life?